Tight lending standards are stunting Gulf Shores home sales and holding back job creation. This conclusion was reached by The National Association of Realtors in a survey they conducted with real estate agents. 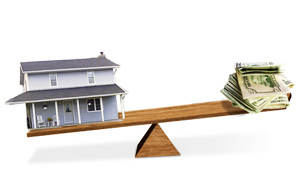 According to NAR chief economist Lawrence Yun, “Sensible lending standards would permit 500,000 to 700,000 additional home sales in the coming year.” He also said, “The economic activity created through these additional home sales would add 250,000 to 350,000 jobs in related trades and services almost immediately, and without a cost impact.”

The findings? Lenders take too long with applications, requiring excessive information and preferring only interested homebuyers with high credit scores.

Survey respondents reported that 53 percent of loans went to borrowers with credit scores above 740 in August, a sharp contrast when compared with the fact that 41 percent of homeowners with the same credit held these mortgages from 2001 to 2004.

According to NAR, about three-fourths of loans bought by Fannie Mae and Freddie Mac went to borrowers with credit scores of 740 or above.

The trade group observed that loan applications backed by the Federal Housing Administration showed an average FICO score of 669 in May, significantly higher than 656 for loans originated in 2001.

Also of Interest  May Gulf Shores Home Sales Highest Since 2008

In 2007, the twelve-month default rates peaked to 3.0 percent for Fannie Mae loans and 2.5 percent for Freddie Mac loans, according to NAR.

Home sales this year are projected to rise 8 to 10 percent. Although welcoming, this still represents a sub-par performance of about 4.6 million sales.