The Gulf Shores economic market has been battling the notion for some time now that the U.S. is headed for another housing bubble. A repeat of the recession and housing crisis from less than a decade ago is unlikely at best. Yet, there are those that have warned of another housing meltdown like the one that occurred back in 2008. Before you buy into the double-talk, let’s examine a few important comparisons to then and now – and you can draw your own conclusions as to where housing is headed – especially if you’re a real estate investor.

First, it should be noted that individual, select real estate markets certainly aren’t immune to the bubble phenomenon. Each micro-market, as it were, stands somewhat on its own. However, there are few signs on a national level that are serious enough to adversely affect the entire housing industry.

One of the key ingredients in the housing meltdown recipe back in 2008 was the abundant availability of mortgage money – loaned to just about anybody that wanted some. Experts in the Gulf Shores economic market say for another housing collapse to occur, the entire housing market would have to be comprised of these ill-advised – and ill-fated – mortgage loans. While that possibility could certainly arise at some future date “down the road,” today it doesn’t exist. Let’s look at a “then and now” comparison.

Then:  The original loan volume of all subprime loans in 2005 was estimated at nearly $625 billion. Subprime loans are called that because the borrowers have low credit scores or other qualification issues, but were granted the mortgage financing anyway – amplifying their credit risk to the lending institutions.

Now:  There was approximately $56 billion in new subprime loan originations in 2015 – just ten short years later. That’s a reduction of more than 90% in the volume of subprime lending. In 2005, subprime loans accounted for over 20% of the entire mortgage market. Today, they comprise roughly 5%. 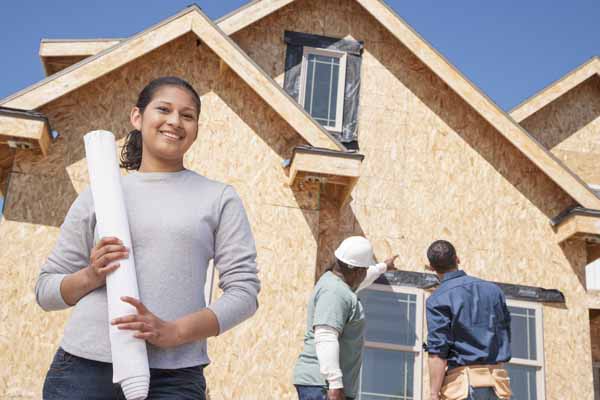 During the time preceding the housing crisis, the rate of homeownership rose dramatically, fueled in part by easy credit and subprime mortgage lending. Most people weren’t renting, as buying was easier, cheaper and made better long-term financial sense. As a result, housing production reached a peak as supply struggle to keep up with home demand. Here’s another “then and now.”

Then: Sales of new single-family homes reached nearly 1.28 million in 2005. According to the U.S. Census Bureau that’s the highest level in the more than 52-year history that particular statistic has been tracked. A great deal of the growth in sales was the result of investors and other real estate speculators taking advantage of, once again, readily available and easy-to-get credit.

Now:  The number of new single-family homes sold in 2015 was 500,000. That represented a 61% decrease from the highest level. In addition, it was 30% less than the previous 51-year average of Census Bureau data. To further put the number in perspective, there were only 490,000 new home sales way back in 1968! By the way, the American population increased during that 47-year period by more than 120 million people.

After the housing crash, the following occurred:  There was a market surplus of single-family properties, and once-plentiful mortgage availability changed drastically. The result was a severe drop in buyer demand. Naturally, real estate investors in the Gulf Shores economic market exhibited the same lackluster interest.

Some real estate markets, including the Gulf Shores economic market, rebounded well following the recession and housing crisis. Economists point to natural demand created by employment and population growth. Other real estate markets fared even better – at least until the bubble burst. One case in point is the phenomenon that occurred few years ago in the downtown Miami condominium market. Investor demand – primarily from Latin America – caused a spike in condo prices and growth in construction. Experts say the supply of condos in downtown Miami increased by 8,000 units. With a stronger U.S. dollar forcing less investor interest, the last year or so has seen a glut of condos available for sale – experts say roughly 3,500 units – representing nearly 2.5 years of inventory. Sluggish sales created by the oversupply has caused sale prices to fall 6% during the spring and summer of this year.

While interest rate increases are still part of the bubble talk double-talk in the Gulf Shores economic market, so far the Federal Reserve has only slightly increased rates – by less than .25%. These economic facts remain:  The economy is relatively soft as a result of slower-than-expected GDP growth, low personal savings rates, low homeownership rates and only a slightly improved jobs market. And while raising interest rates could stifle or stagnate what growth the economy has enjoyed, it's pretty safe to assume, the Fed will raise rates at some point in the not-too-distant future.

How will rising rates affect you? As an investor, it can affect both your homeownership and your rental property portfolio. While an increase in the Fed funds rate doesn’t immediately equate to a comparable increase in mortgage rates, fewer people will buy or borrow. For landlords, an interest rate increase may actually be a good thing since it would likely drive more potential tenants to the rental market, keeping them on the home buying sidelines a little while longer.

Real estate investors should be aware of the downsides of a rising interest rate market. If your properties are mortgaged – especially with a short-term loan or adjustable rate mortgage – consider refinancing or paying off the loan. Investors should be cautious of what exit strategies they employ in a rising rate environment. Should you sell to another investor who may need financing, you may need to adjust your asking price. Simply put, the reason you’re selling is that you may not be able to make the numbers as attractive as they once were – and the new investor may feel the same way. If at all possible, investors selling properties during a rising rate market should find a cash buyer.

You can find more articles pertaining to the Gulf Shores economic market in the "Economy" section of articles just below Gulf Shores Real Estate Categories in the column to your right.