Much of the real estate news over the past 12-18 months has centered around an improving U.S. housing market that’s finally on the way to recovering from the last recession. Sales prices and home values have grown steadily during that time, while home inventory levels have been near historic lows. New home construction, though brisk, has struggled to keep pace with growing demand. As we prepare for the end of another calendar year, many analysts are asking the question, “Is the Gulf Shores real estate seller's market over?”

Let’s take a more in-depth look into answering that question. 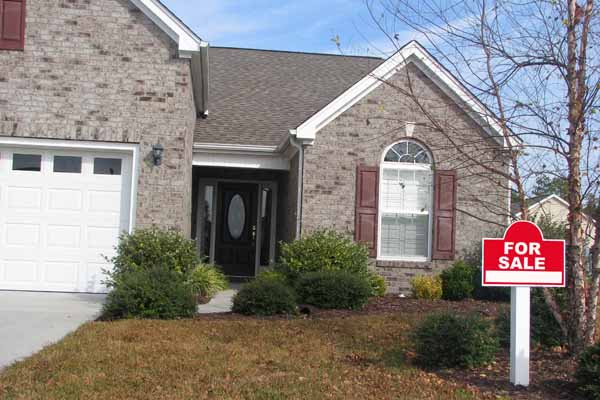 The simple answer is “yes and no.” According to nationwide data, experts say the Gulf Shores real estate seller's market news making headlines next year will be that the real estate market in 2017 will be very similar to what it was in 2016. Case in point: a nationally recognized real estate website took a survey of prospective homebuyers and reported that 52% are first-time buyers – an increase of 19% from the previous year. Real estate professionals say they, too, expect a larger number of first-time buyers entering the market next year, but express caution that with those new buyers comes challenges to both the real estate market and the buyers themselves.

What has caused the forecast for more first-time homebuyers to be looking into the 2017 market? Several factors:  A seemingly stronger job market and continued lower interest rates seem to be the real motivators. Plus, rents have risen almost as steadily as home values, prompting a number of first-timers to consider buying as a more sensible financial decision than renting.

The influx of first-time buyers will bring challenges – some of them of very real concern. Low home inventory is expected to continue to plague the delicate balancing act of supply and demand. Some experts say to absorb the expected 19% increase in first-time buyers, the market needs a minimum of six months of supply. However, the market has had 49 consecutive months of less than six months home supply. So, experts say, the Gulf Shores real estate seller’s market will probably continue, as well as throughout the nation as a whole – with some areas or regions seeing slight shifting to the contrary.

So, where will seller’s markets continue?
Cities throughout America where the population continues to increase at a steady pace are the likely candidates for seller’s markets to continue. In these metropolitan areas, housing simply won’t be able to keep up with demand. When that happens, the fewer available homes on the market become more valuable and the seller’s benefit.

In some markets, real estate professionals report a slight increase in housing inventory which has caused asking prices to be more reasonable. In addition, some sellers are offering more concessions in negotiations such as paying partial closing costs or repair allowances. However, some of the increased inventory is artificial, in a sense, because those sellers aren’t committed to selling – they are simply testing the market to find out what level of interest there may be in buying a home at a certain price point. The result, experts say, is a dilution of the so-called Gulf Shores real estate seller's market due to a perceived glut in inventory.

What about buying power and financing?
As always, chances are if a buyer qualifies for a mortgage loan he should still be successful in buying a home in most markets – even in a seller’s market. Experts recommend using some strategy in planning your purchase. Here’s why.

According to the website survey referenced above, over half the home shoppers responding planned to purchase in seven months or so – in the spring and summer – the housing market’s most popular time to buy. Real estate professionals say if you want to avoid competing offers and not engage in bidding wars, consider buying now or either wait another full year. That way, the market is a little leaner and there aren’t as many buyers – first-timers and others – scrambling for a limited supply of homes on the market. One expert likened the strategy to shopping for Christmas presents in, say, September. You’ll likely have everything available you’re looking to buy – without the hustle and bustle of last-minute shoppers and long lines. Given the existing home supply challenges with low home inventory, which experts say probably can’t and won’t change substantially in 2017, smart buyers could enjoy reasonable prices and less competition by buying this winter or waiting until next fall.

If you’re not ready to enter the market at the present time – because you don’t have a down payment or a lease that doesn’t expire until next spring – remember that the real estate market is cyclical. The market will likely cool off in what has been the most active areas. What that will ultimately mean is homebuyers will probably again have the upper hand one day. One expert had this to say about market shifts.

“Balanced markets don't really exist for a long period of time – they’re really only transitional. It could be six months or a year, but at some point in time even the hottest of markets… head into a buyer’s market.

So, what’s the bottom line?
It’s likely, as experts agree, that the Gulf Shores real estate seller's market will feature headlines including slight increases in interest rates as a result of a Federal Reserve move in the next few months. In addition, now that the elections are over there will be less daily concern about a U.S. economy in flux, although we’ll all keep a watchful eye on foreign trade and its impact on the global economy over the next year or two. Lastly, though the home ownership participation rate has been the lowest in decades, it appears to be climbing slightly, giving real estate professionals and economists hope for greater increases in 2017 and years beyond.