The Gulf Shores real estate outlook these days is a combination of good and bad. The good is that home prices have been rising nationwide for 53 consecutive months – nearly 4 1/2 years! The increases have floated millions of borrowers previously underwater on their mortgages to the safe surface where they can finally catch their breath. In addition, during the first three quarters of 2016, U.S. homeowners were the recipients of more than $837 billion in total home equity.

Now, the bad. Despite such significant increases in home equity, the gains have not been able to fight the negative connotation of rising mortgage interest rates in the minds of consumers. While more young Americans in their home buying years are employed and more millennials have moved into a position to be able to buy for the first time, consumer sentiment for home buying is dropping. Let’s take a look at what’s caused this reaction and what sort of murky picture it may paint for housing in 2017 and beyond. 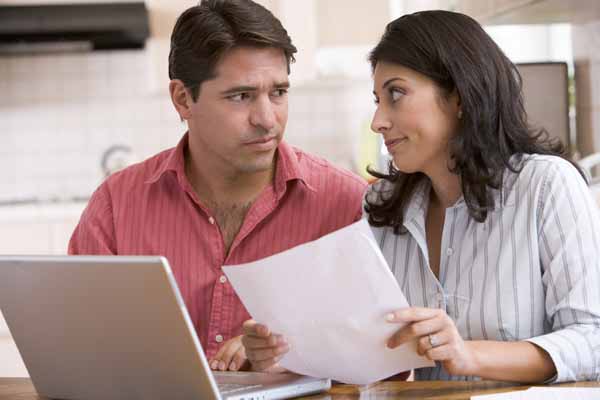 Most real estate experts say the home sentiment concerns in the Gulf Shores real estate outlook are twofold:  A shrinking number of consumers see the recent rise in mortgage rates to lessen, and even fewer say their overall household income is higher today than it was this time a year ago. This information was revealed in a recent survey conducted by Fannie Mae. A Fannie Mae economist explains: “Despite the post-election bump in general consumer attitudes, a rapid rise in mortgage rate expectations has tamped down home-purchase sentiment, at least in the near term. A spike in economic optimism in the immediate aftermath of an election is typical. Whether consumers will sustain this level of optimism into 2017 remains unclear.”

Ironically, the rise in interest rates recently affecting the Gulf Shores real estate outlook is generally a reflection of optimism among consumers. Stock market investors pushed investments to record levels in response to the expectation that the new Republican administration will favor growth, business and employment. And, while such expectations would translate into greater income growth, better job security and new businesses – normally important catalysts for the housing market – thus far, indications are that housing sentiment is murky, at best.

The outlook may be fueled, in part, by what experts see as a wide economic chasm in the housing market. Although home values have gained and are continuing to do so, most of the increases have benefitted only those homes in the middle to upper end of the market. This has resulted in negative equity situations concentrating in the lower end of the market – at what is typically described as the bottom 20%.

According to Black Knight Financial Services, borrowers living in homes in the lower-tier of pricing are nine times more likely to be underwater than homeowners in the top 20% of the housing market. Being underwater is loosely defined as those homeowners who owe more on their mortgage than their home is worth. In addition, while several years ago negative equity was a diverse and widespread problem throughout the nation, today it’s evolved into more of a localized market problem. Economists say that at the end of 2010, there were approximately 30% of American homeowners underwater on their mortgages.

Many consumers, though buoyed by the gains in home equity over the past 12-18 months, find themselves unable to access it – another cause for concern in the Gulf Shores real estate outlook. This comes as a result of higher interest rates, but also could be a direct result of their inability to qualify for a mortgage loan – regardless of the interest rate. Remember, a number of these consumers not only were underwater because of the housing crash, but struggled mightily to be able to make the house and other payments on time, creating slow credit history and positioning themselves in the minds of lenders as less than qualified. Whatever the reason, the share of equity currently held by borrowers that was available for access dropped from 73% in October 2016 to 33% in December 2016.

While interest rates have edged slightly downward in recent weeks, economists say they may very well move back upward as the new administration takes over, and as the new President's economic plans are made more known.

That raises the question that always plagues the housing industry and is often a part of the Gulf Shores real estate outlook: What will the outlook for the spring “housing season” be? While the honest answer remains to be seen, the component parts are these:

1) Rising home prices will continue to be a win effect, although there has been some leveling off in some markets throughout the country.
2) Interest rates, though still somewhat volatile, are comparatively speaking lower than they have been in recent modern times – with the exception of the last 12-18 months when rates were at or near record-lows. Rates are still affordable, despite not being as low as they were this time last year.
3) Home inventory will continue to be a concern, as few homes have hit the market for sale – sellers who would ordinarily have decided to sell are holding off until they have a better selection from which to choose – after all, they need to move up and more out, too.
4) Consumer sentiment, though of concern now, can change fairly quickly. There are plenty of homebuyers in the marketplace that can and will be able to afford mortgages – despite the slightly higher rates – and though they may find themselves paying top dollar in what will likely be a seller’s market, there are deals to be found among sellers who may have priced themselves out of the market and are now needing to sell.