In Gulf Shores insurance news, it's no secret Americans have bought and continue to buy millions of household security cameras and home smoke detectors connected to in-home Wi-Fi networks. However, so far, insurance carriers aren't convinced the technology will improve home safety. Despite the devices designed to prevent billions of dollars in home damage and loss, the average cost of insuring a single-family home is projected to increase in 2017.

Insurers cite a lack of sufficient data showing the security and safeguard devices have made significant impact in loss prevention. In addition, they say the new technology does little to heighten security or encourage American homeowners to be more safety or security conscious. As a result, the nearly $85 billion home insurance industry has withheld across the board premium reductions.

So, what's the significance of this Gulf Shores insurance news?  As usual, it's all about money in big business. If it can be substantiated that these new technological gadgets improve the safety and security of American homes it could mean billions of dollars in lost revenue. The projected revenue loss will likely exceed the costs major insurers would save in settling insurance claims over time. 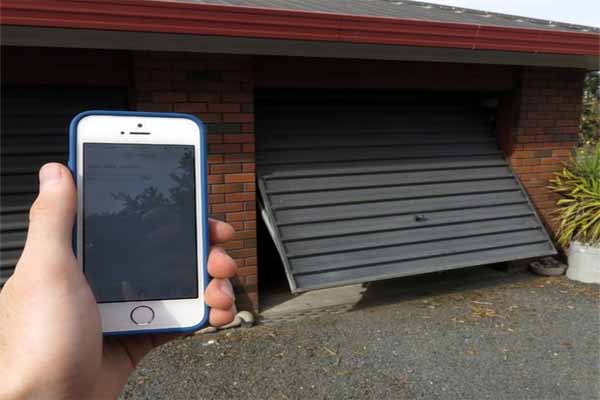 For the homeowner/consumer's part, sales of internet-connected home safety systems are forecast to more than quadruple over the next four years. As a result, many consumers feel the insurance companies should embrace their usage and recognize the technology as loss prevention features designed to save money. "Insurance companies should provide an incentive" for homeowners who use internet-connected security cameras, thermostats and lighting, says one frustrated homeowner. Currently, most insurance carriers provide premium discounts for homes utilizing basic security devices.  What remains to be seen in the Gulf Shores insurance news is the advent of insurers allowing premium reductions for the internet-connected security equipment – especially if it can be proven more effective than the current equipment.

Among the more notable internet-connected technology are devices that alert homeowners like smoke- or carbon monoxide-detectors, doorbell-integrated video for their smartphones and systems that can detect plumbing leaks. As mentioned earlier, sales are expected to increase four-fold by 2020. ABI Research, a quantitative technology research company, predicts 360 million smart-home devices to be delivered in 2020, up from 79 million in 2016 and roughly 40 million in 2015.

While some carriers have made Gulf Shores insurance news by offering modest premium discounts for the new devices, the savings aren't significant enough yet to reduce the average home insurance premium. Insurance insiders predict the average premium on a single-family home in the U.S. will increase 5.5% to $1,293. The premium represents a whopping 61% increase from 2006.

In 2014, a study was conducted by Morgan Stanley and Boston Consulting Group that concluded smart-home technology could reduce potential home losses by 40% to 60%. It was also estimated the devices could reduce insurance premiums worldwide from $32 billion to $47 billion over the next decade. Worldwide, home insurance premiums reached nearly $161 billion in 2013, according to the study. The projected premium savings, therefore, could be from 20% to 30%.

Some insurance industry experts say connected-home technology could change the basic need to even have insurance coverage. They contend a reduction in the severity and frequency of home losses comprise the bulk of insurance premiums. The question, they say, is when would premium dollars be reduced by a substantial amount?

While insurance insiders agree insurance coverage will never be able to be replaced completely because of hurricanes, tornadoes and other natural disasters, there should be savings to be enjoyed in the future.

The research and data being collected from homeowners and analyzed by insurance carriers has been compared to similar efforts by auto insurance companies. Auto insurers have used devices that monitor how far their customers drive and how frequently they slam on brakes. They've been using that decade-old research to adjust pricing of insurance premiums. In some cases, drivers who agree to use the data collection tools can save as much as 30% off their premiums. One can only imagine how a 30% homeowner's premium reduction would make Gulf Shores insurance news!

Although studies are being conducted now, experts say it will probably take several years to confirm smart-home technology can translate into home insurance savings. Insurance giant, State Farm, offers a 15% premium savings to homeowners with certain internet-connected home security systems. The company deems those devices better than more traditional security systems or smoke detectors because it's easier to verify they are installed and operational. In addition, other home insurers are giving incentives to homeowners to buy connected-home devices – with a bonus if the insured homeowners will share certain data with the carrier. For example, Liberty Mutual Insurance provides discounts for its customers who use internet-connected security devices or smoke alarms. The program is currently offered in 38 states. And, if homeowners allow the company to verify the devices are operating properly they can receive an even larger premium discount.

Another insurance company, American Family Insurance, discounts the cost of Ring Video Doorbells, a product containing motion sensors, cameras and microphones. The doorbells allow homeowners to view and remotely talk to visitors from a smartphone or other device. The company also offers a program to reimburse the deductibles of any of its customers who experience a burglary. With insurance deductibles averaging between $600 and $800, that incentive can be compelling. Though other testing and studies are ongoing, the Ring Video Doorbells company recently compiled a study with the help of the Los Angeles Police Department. In the study, it was concluded that the doorbells reduce crime, however, more in-depth data is expected to take a few years to compile. Industry experts say most insurance companies need a minimum of 10 years of data before any substantial changes are made to their premium structure.

In the meantime, homeowners should keep a watchful eye on Gulf Shores insurance news as advances in smart-home technology are made often, with home security and safety as one of the most important goals.

You can find more articles pertaining to Gulf Shores home insurance news in the Gulf Shores Insurance section of our site below Gulf Shores Real Estate Categories in the column to your right.

Remember, we post tips daily on Twitter and Facebook, many of these relate to insurance as it pertains to homes and homeowner's insurance. Check us out there.