As Gulf Shores home improvements heat up, homeowners are spending money on their homes in greater numbers than almost ever before. Fueled by the added home equity rising home values have produced in the last few years, savvy homeowners are investing money in those Gulf Shores home improvements that will give their homes the greatest returns on investment – in the form of even higher sales prices at a later date. Here’s a closer look at what’s causing the phenomenon and what you can expect in the future. 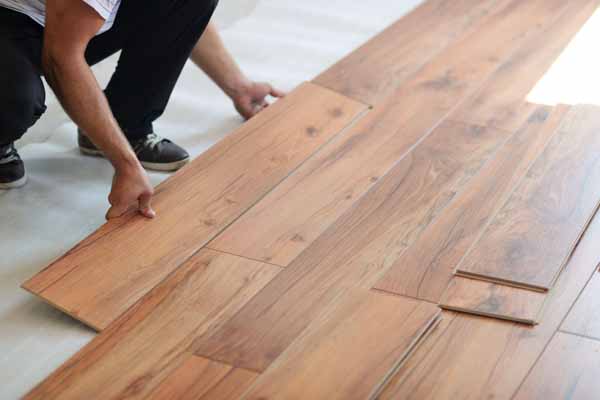 Homeowners who have elected to cash in on their home equity gains in order to undertake bigger and better remodeling projects are on track to increase spending on Gulf Shores home improvements by more than 8% by the first part of 2017. This, according to a recently released report by Harvard’s Joint Center for Housing, is a considerable boost from the historical average of 4.9% annually.

Analysts predict the pace will signal a complete recovery of the national home remodeling market by the middle of 2017 – up from the worst decrease since such statistics have been tracked. After adjusting for inflation, the annual expenditure is expected to reach $321 billion, slightly less than the previous record set in 2006 prior to the housing crash.

The comeback story of home equity in recent years, along with near-record low mortgage interest rates, have enabled homeowners throughout the nation to refinance and tap into the cash from their homes. During the first quarter of 2016, homeowners gained more than $260 billion in home equity. That impressive gain means that 38 million borrowers now enjoy a minimum of 20% equity in their homes – according to a recent release by Black Knight Financial Services. In addition to greater equity and lower interest rates, consumer confidence has also been an important factor in the growth in Gulf Shores home improvements. With increasing homeowner confidence comes greater desire and willingness to further invest in their homes. For many homeowners, kitchen and bathroom remodeling projects are the most popular. Surprisingly, however, one of the Gulf Shores home improvements that can yield the highest return on the investment dollars spent is added insulation. In addition, home improvement contractors say multiform remodeling projects are up more than 67% from a year ago. Furthermore, roughly 25% of remodeling firms report their clients are undertaking multiple projects simultaneously.

Also of Interest  4 Things to Consider Before You Remodel

Economists say this phenomenon in home improvement activity is a classic example of what one termed, “nesting is investing.” Simply put, it’s the feeling homeowners have that spurs them to do something that will add value to their house. It reinforces pride in ownership and the idea that homeowners recognize the appeal their homes have to prospective purchasers – especially if the homes are well maintained and modernized with the conveniences that appeal to today’s home shoppers. Not only does nesting factor into the home improvements, the growth in home sales activity also helps increase remodeling activity. As homeowners prepare their homes for the real estate market they often perform repair and refinishing work to improve curb appeal and maximize the impact of the first impression a prospective buyer may have.

Growth in the Gulf Shores home improvements and remodeling sector has been a welcomed addition to category retailers such as Home Depot, Lowe’s, Sherwin Williams and others. As a result, their stock prices have risen in the past few months. That trend is likely to continue throughout the next several months and into 2017. This boost comes at an especially good time, as homebuilders are building fewer homes than are required to meet the market demand. Existing homeowners, therefore, are doing everything they can to make the necessary improvements to help their homes look new again.

Homeowners are less likely to move due to the lagging supply of new homes, so they often choose to have improvements completed that they had previously put off for various reasons. Now, with the additional equity available – coupled with the low cost associated with refinancing – luxuries such as outdoor kitchens, decks and patios, and swimming pools are within reach. Best of all, while homeowners are conducting Gulf Shores home improvements at near-record investment levels, loan-to-value (LTV) ratios are still relatively low, on average 68% – considerably lower than a decade ago. This means homeowners are in a much more stable equity position than that of their peers during the most recent housing crisis, where many borrowers were underwater with their LTV ratios.

Regardless of whether the motivation to perform home improvements or renovation projects is for the current homeowner’s benefit or to better position it to sell at a later date, the bottom line is improvements are occurring at a near-record rate. That should help the resale market because improved homes – assuming the improvements contribute to increased value – should sell at higher prices in the future when compared to homes that haven’t been renovated. Even relatively inexpensive improvements such as energy-efficient appliances or smart home technology can add value to an existing home – especially in the eyes of younger buyers who have become accustomed to cutting edge technology. In addition, younger buyers are more environmentally conscious and are attracted to homes showcasing those features.

While homeowners are tapping their equity sources to perform needed or desired improvements, don’t look for older homeowners to overspend on the work or overextend themselves when they borrow. Similarly, there is a segment of the homeowner population that will be more cautious than others in borrowing against their home’s equity. Many of these homeowners have recently been through the worst of times. They’ve witnessed family members, friends and coworkers experience problems when what they owe on their home mortgages exceed the value of their home.

You can find more articles pertaining to home improvements in the Gulf Shores Home Improvements section of our site below Gulf Shores Real Estate Categories in the column to your right.