The Gulf Shores economy has some things in common with other housing markets throughout the country. Despite substantial improvements in home prices in 2015, there are still a large number of borrowers "underwater" on their mortgages. This article will look at the reasons why this dilemma is still true for many homeowners.

Gulf Shores Economy Challenging for Some

As home prices rose in the last year, so also rose the hopes of more than 1.5 million borrowers who owed more on their homes than they were worth. Those homeowners were able to be rescued from the rising waters of negative equity. 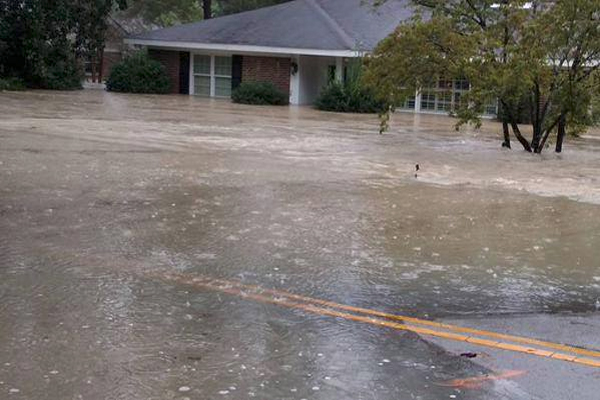 However, there are still twice as many homeowners – roughly 3.2 million – that are underwater, according to Black Knight Financial Services, a well-respected financial data reporting agency. What this means is that more than two thirds of borrowers who have been underwater still find themselves there.

The improvement brought the national average negative equity rate down to 6.5% – a considerable positive change in the aftermath of the housing crash of several years ago. However, the negative equity rate is still much higher than historical, acceptable norms. Of particular concern is that the negative equity is found predominantly near the lowest priced tier of the housing market. Experts say over 16% of borrowers in the lowest priced tier are underwater and are financially paralyzed – unable to sell their homes without losing money, and unable to purchase another home without selling their current home. Ironically, these are the very homes the housing market desperately needs. These starter homes and "fixer-uppers" often represent the only available avenue for young first-time buyers to escape rising rents by becoming homeowners.

Despite four consecutive years of improvement in the number of homeowners underwater, the Gulf Shores economy – like many others – has not completely rebounded. Nationwide, statistics show that over half of the homes underwater are in the bottom 20% of the respective housing markets. This, experts say, represents the highest percentage since records have been kept. More startling is this fact: at the existing rate of improvement in home price levels, it would take over five years for the negative equity rate to match that of 2005. That's twice as long as homes in the top level of the housing market.

As is the case with all real estate issues – both good and bad – underwater properties and their statistical impact vary according to location. Some areas of the country are better than others, and some are worse.

Negative equity rates on the lower priced tier is having an ironic impact on price growth in other sectors of the housing market and the Gulf Shores economy. Simply put, the reason is supply and demand. Underwater borrowers are less likely to be able to sell and move. Without those homes on the market the supply of affordable homes has diminished greatly. In addition, new construction is centered more on the mid-to-high range homes as builders simply can't afford to build lower priced houses because of higher land and labor costs. As a result, shrinking inventory or lowering supply, is causing higher prices or greater demand for those few homes available for sale on the lower tier.

Also of Interest  Stressed Out by Debt?

Adding to the problem of the underwater homeowners not being able to sell and move is a change that experts say is taking place in consumer behavior. Those homeowners who could perhaps find a way to absorb the loss by selling are often unwilling to move as Americans are becoming less mobile and transient. They live in their homes longer than ever before. Economists say this is largely due to recent trends in the overall economy, but especially in the housing sector. U.S. homeowners have seen – and lived through – record numbers of foreclosures, short-sales and other failings of the recent housing crisis. Many have seen the effects of a prolonged recession. Many fear another one is coming. In addition, they're leery of the current employment market. Workers have seen and experienced companies downsizing or closing, and their comfort level with the job market makes them less likely to move.

While the negative equity dilemma continues to slowly improve, its recovery isn't coming quickly enough to positively impact a housing market in dire need of more affordable homes for sale. As if this reality isn't enough of a concern, real estate experts warn that if rising prices create buyer resistance, it will mean an even longer waiting time for underwater homeowners to escape negative equity.