The Federal Reserve recently opted not to increase short-term interest rates – at least for now. Despite Fed Chair Janet Yellen’s suggestion that the potential for a slight uptick has increased in recent months, the biggest action the Fed took was a notable inaction. While there were few clues about when the Fed may raise interest rates again, some economists say a rate increase could occur sometime soon. However, in the absence of improved economic indicators over the next several weeks, any rate hike could be delayed until closer to the end of the year. As a reminder, any expected increases in the Fed interest rates will probably do little to impact long-term mortgage interest rates available in the Gulf Shores economy and housing. 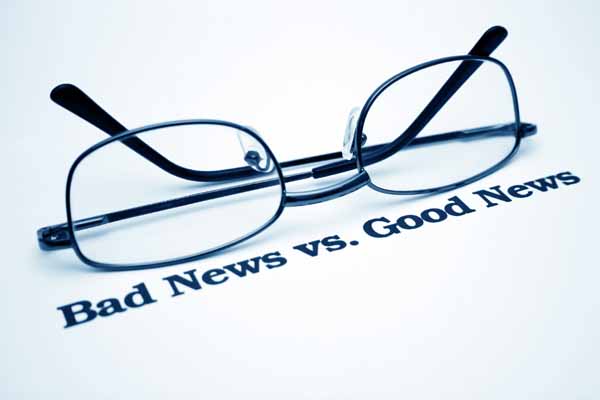 The Gulf Shores economy and housing market has recently endured a mixture of bad news and good news regarding home sales. The bad news is existing home sales continued to suffer, while the good news is new home sales have performed extremely well.  A recently published report by the U.S. Census Bureau showed total sales of new single-family homes increased 12.4% compared to the previous month. In addition, sales were a whopping 31.3% higher than this time last year – the highest level since the fall of 2007.

Existing home sales comprise a higher percentage of the nation’s total real estate and housing activity. While new home sales flourished, sales of existing homes fell 3.2% from the previous month and are down 1.6% year-to-date, according to the National Association of Realtors (NAR). Ironically, mortgage interest rates are near all-time lows, helping to keep housing affordable in the face of increased home prices. Both the Census Bureau report and the NAR report listed low home inventory as ongoing problems. Limited existing home inventory has been characterized as the culprit in the decrease in sales in that category.

Also of Interest  Housing Starts and Permits Decline in June

While home sales in the Gulf Shores economy and housing market are expected to end the year on a high note – largely the result of a robust spring selling season – the housing market won’t reach its maximum potential this year. It’s clearly a case of supply not meeting demand. New construction, too, has failed to add enough units to the marketplace to keep pace with demand. Low inventory puts constraints on what willing buyers have available to purchase. In addition, new and existing homes that are selling are selling faster – and for more money. This usually means there are home buyers waiting in the wings to purchase when a wider variety and better choices become available.

A recent report of the Bureau of Economic Analysis (BEA) revised the U.S. gross domestic product (GDP) downward for the second quarter of the year. After the first quarter’s growth of nearly 1% (0.8%), the BEA reduced the GDP growth to 1.1% annualized for the second quarter. Contributing to the downward revision were less-than-spectacular exports, which were also bumped down slightly. Imports were revised upward, however, and the relationship between exports and imports – as one economist explains it – all but cancels out each other. While exports are an economic growth plus, imports tend to stifle expansion. The bottom line:  Revisions to the U.S. trade activity made little impact on improving the nation’s economy.

Business investment has now declined for three consecutive quarters. For their part, economic analysts continue to fret about business investment – especially since the recent trend of declining numbers represents the first time the U.S. has experienced three consecutive declining quarters in nearly seven years. Business investment is typically a good indicator of gains in productivity, which in turn produces profits for corporations and fuels greater earnings for the labor sector. Naturally, when wages improve, so do consumer confidence and spending.

A report recently published by the University of Michigan Surveys of Consumers stated U.S. consumer sentiment had fallen to its lowest point in five months. While the drop was only 0.2% over the previous month, it was down 2.3% for the year. University economists said the decrease in consumer sentiment was due, in part, to higher than expected expenses and smaller than anticipated gains in income – especially as they relate to younger aged households.

While economists stopped short of indicating to what degree the looming presidential election concerns have on the impact of consumer sentiment, there’s reason to suspect there is an effect. Consumers, for the most part, may be satisfied with their current financial situation, however they are concerned about the future and what changes – good and bad – the election results will bring over time.  Among the concerns are the outlook for interest rates, tax considerations and global markets. Despite most consumers agreeing that a recovering job market, record low interest rates, steady incomes and an improving stock market all contribute to their financial health, few anticipate the current state of the Gulf Shores economy and housing to continue.

The recently announced merger between beer makers Anheuser-Busch and SABMiller to create the largest brewing company in the world will eliminate thousands of jobs across the globe. While it may not immediately affect you – unless you’re an employee of one of these two companies – there are some potential ramifications. Economists believe the layoffs resulting from the merger could increase a slowly growing nationwide trend of companies trimming their workforces. A layoff report published by a respected employment consulting firm said that layoffs increased 19% during the month of July – for the second consecutive month. To put that into perspective, however, layoffs from January through June were down 8.7% compared to the same period last year. While the July layoffs were notable, there’s no immediate concern wholesale layoffs will continue. It is, nevertheless, worth keeping an eye on in the Gulf Shores economy and housing, as well as elsewhere.

You can find more articles pertaining to the Gulf Shores  economy in the "Economy" section of articles just below Gulf Shores Real Estate Categories in the column to your right.